HAMMAMI & SONS SHIP SUPPLY was formed in 1972 by Mohamed El Hedi Hammami with his father in a small office near Bizerte Port.

Initially only supplying provisions, over the years Mr. Hammami expanded the business to cater for the growing demand for deck, engine, safety and cabin stores.

In 2001, Mr. Walid Hammami joined the business allowing for his father to immediately expand with the opening of a branch office in Tunis, near to Rades port.

This expansion created the need for more storage so an investment into a 900m2 warehouse in Bizerte was finalized the following year.

With the conversion of the facility into a state of the art multi-regime storage facility in 2015, the company further advanced its position as the leading ship supplier in Tunisia.

Half a century of experience in every tunisian port.

Customer satisfaction is how we thrive in this industry. We take pride in the service we offer.

Never compromise on the quality. Find the best quality service with the best price.

Transport your supplies under the supervision of best boarding officers.

Be restassured for the product orders and supplies with 100% guarantee.

Read More
More than +4000 CertificateCertification is a guarantee of quality 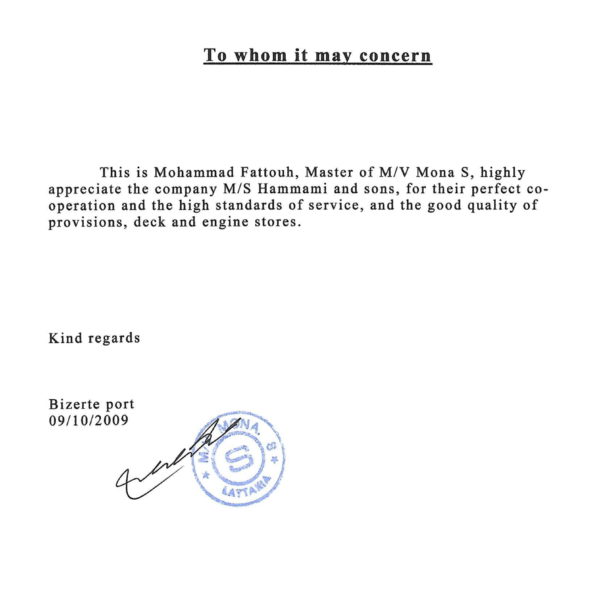 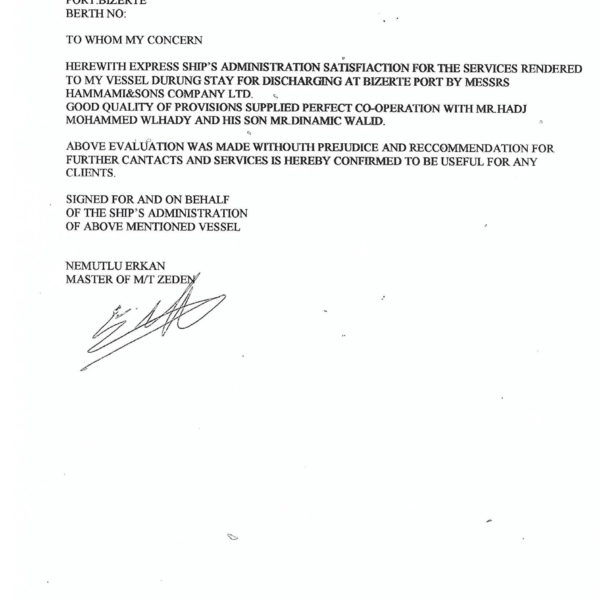 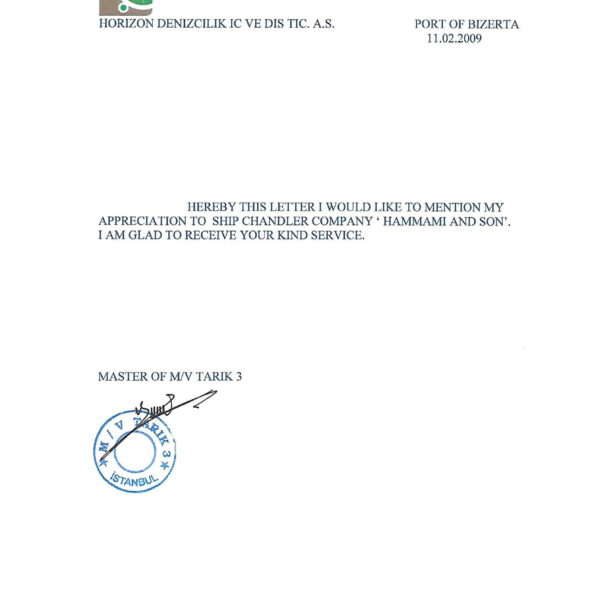 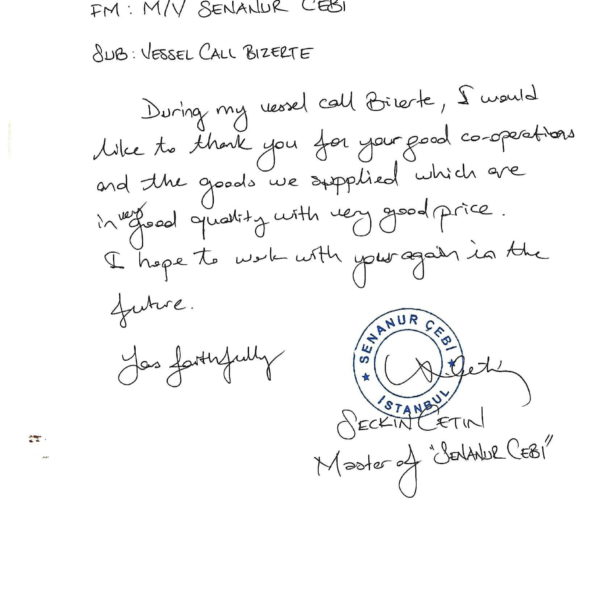 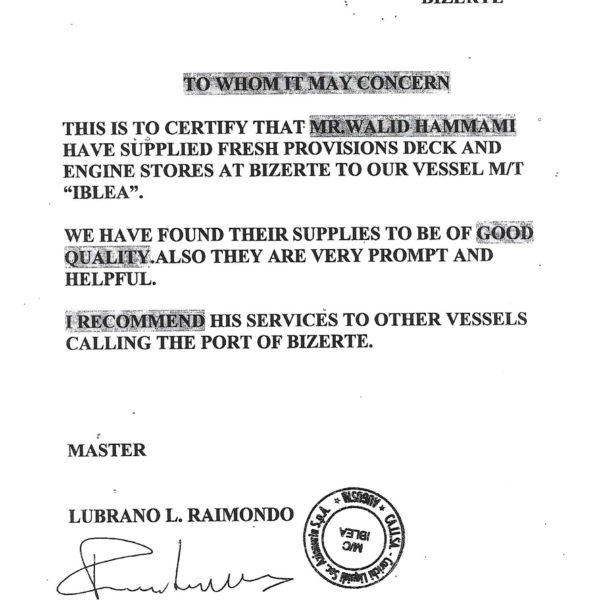 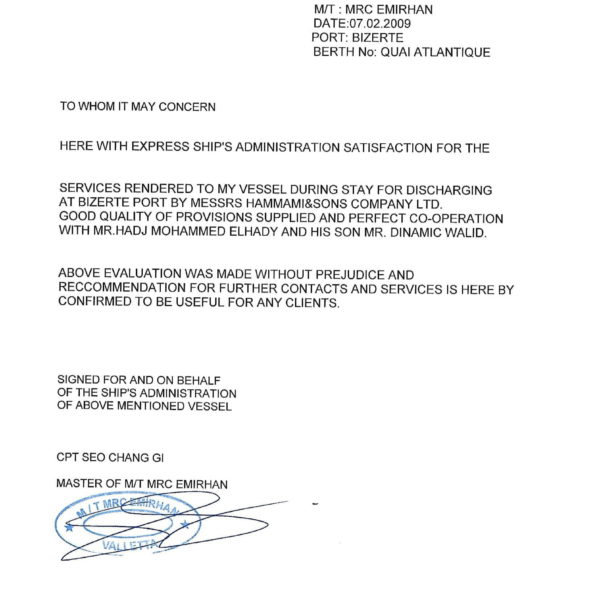 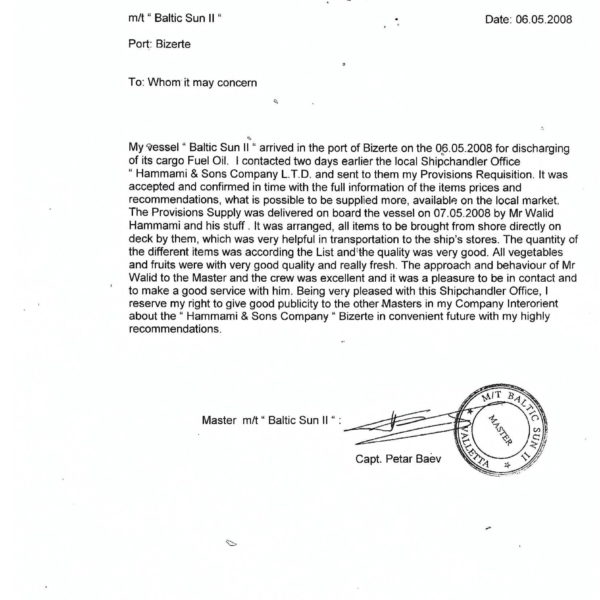 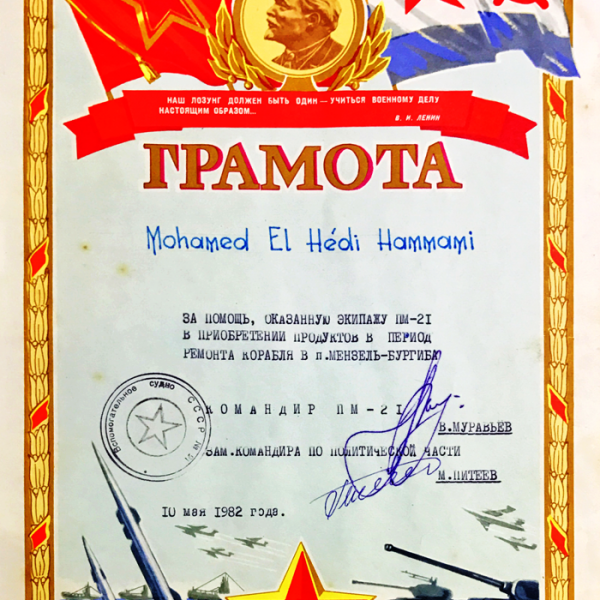 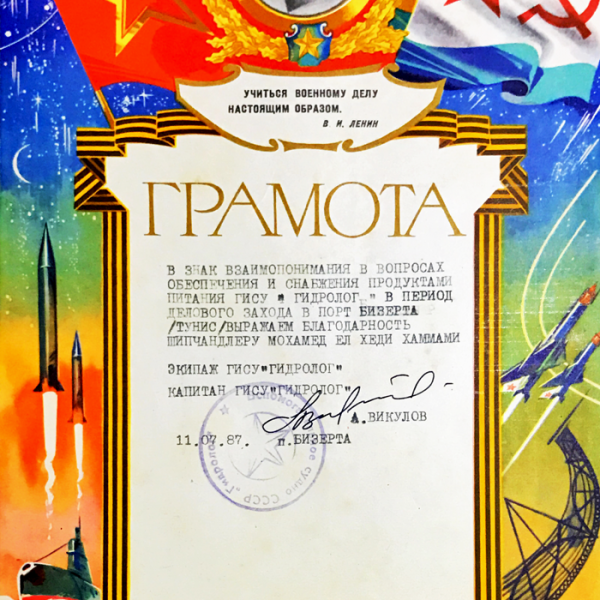 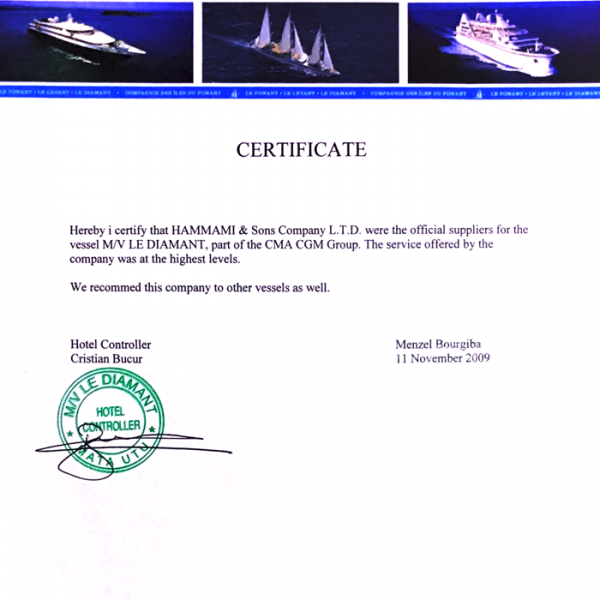 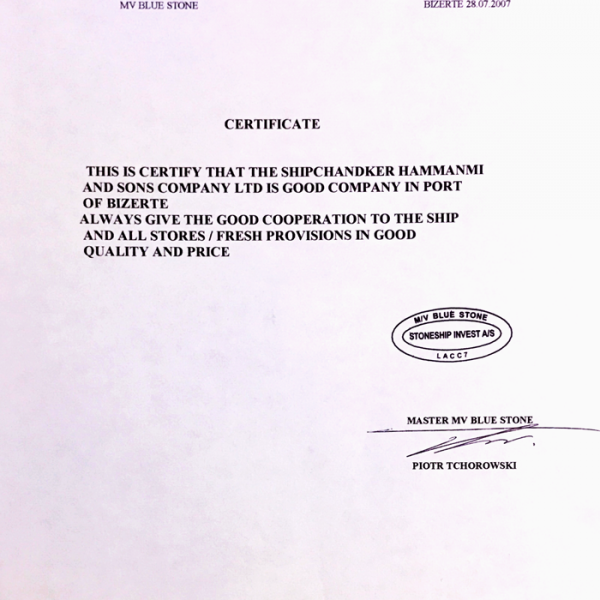 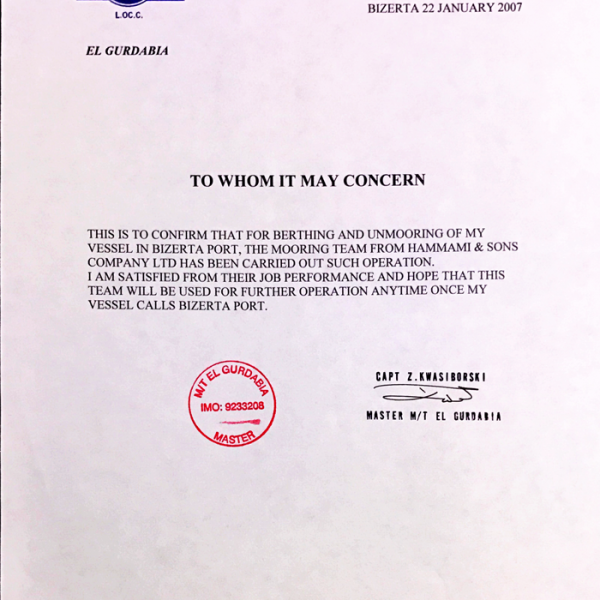 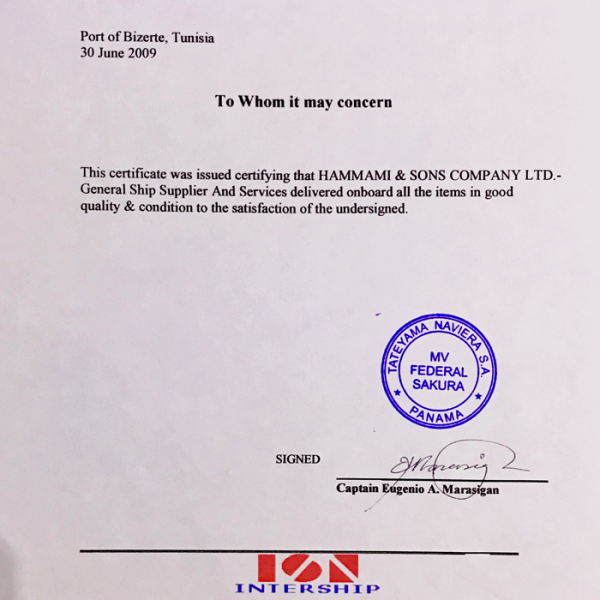 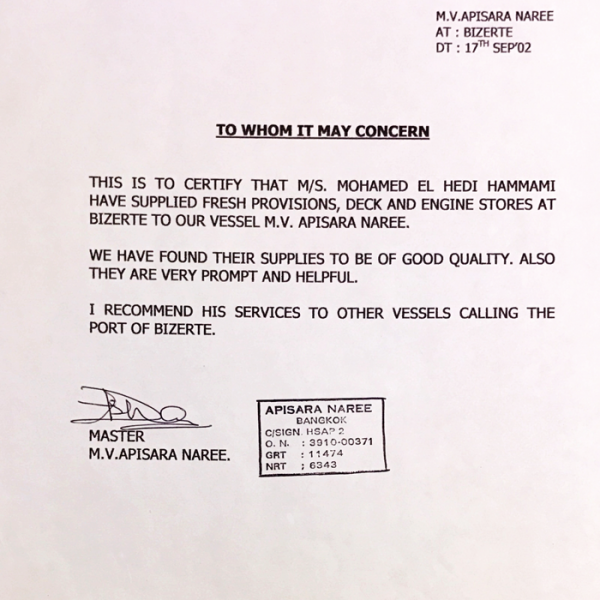 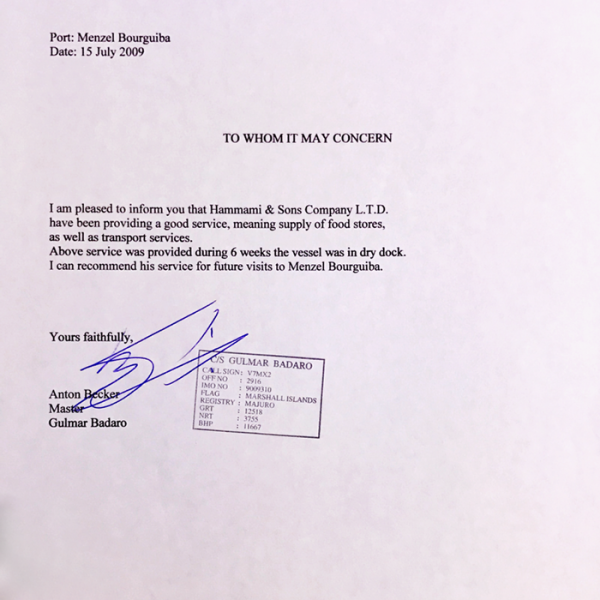 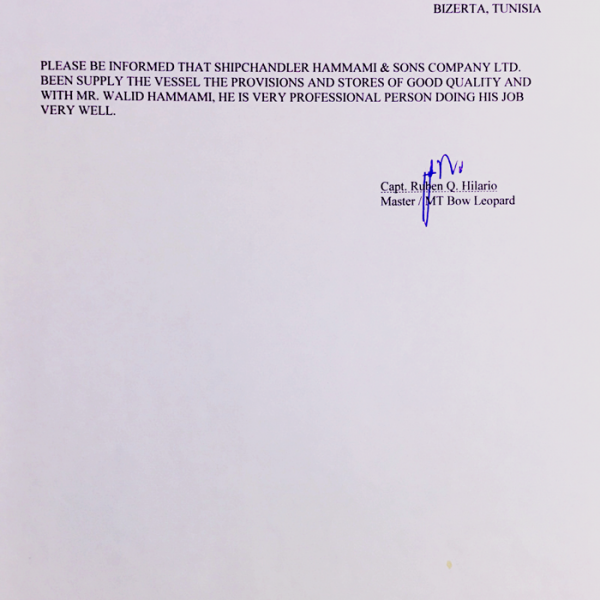 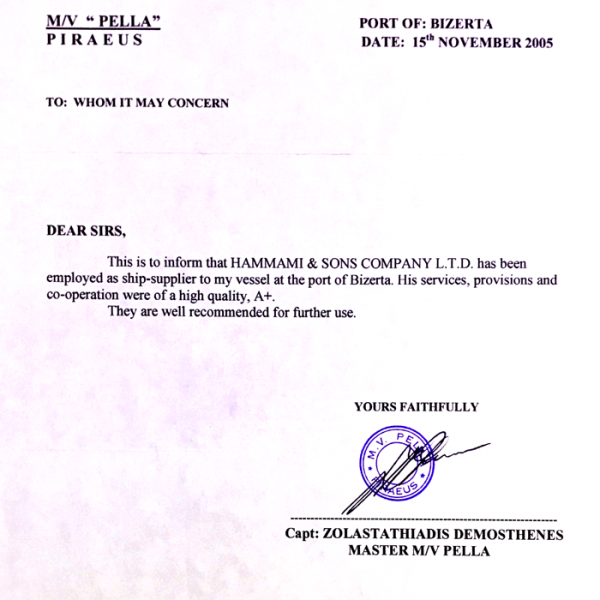 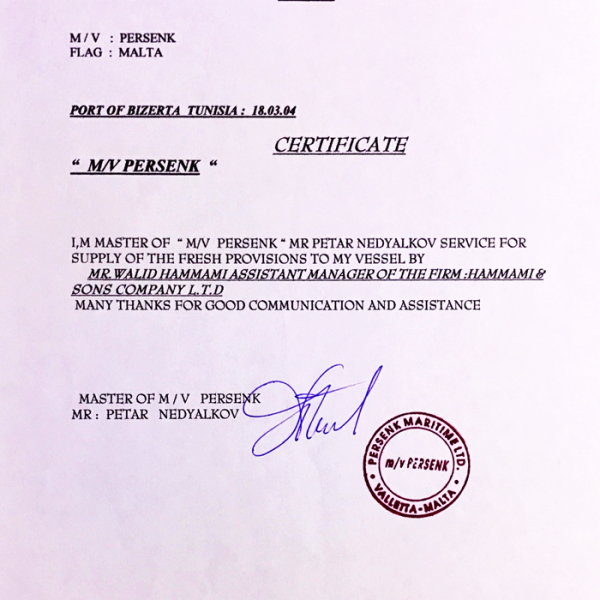 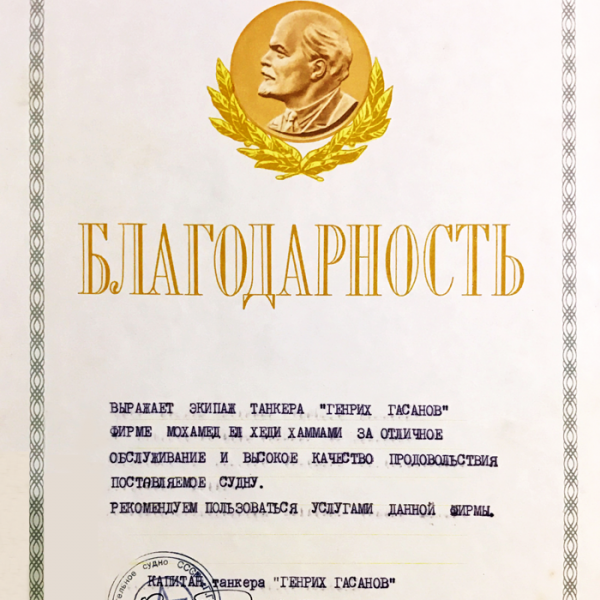 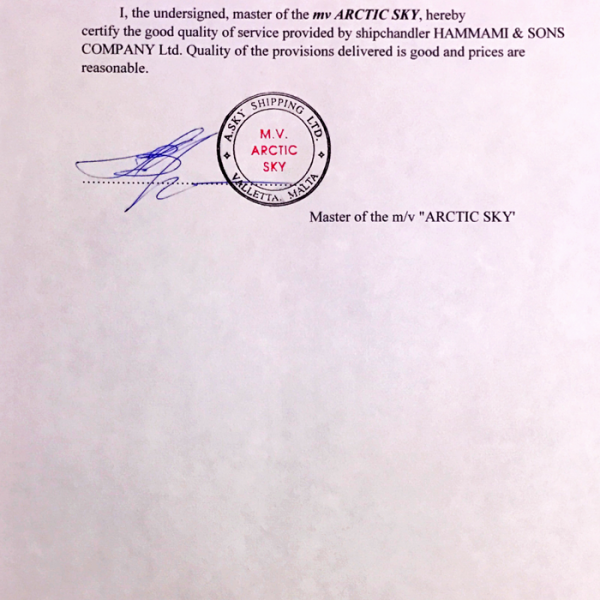 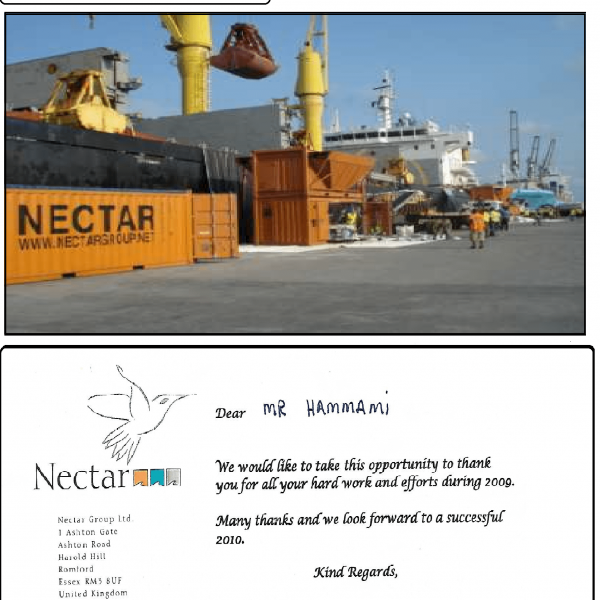 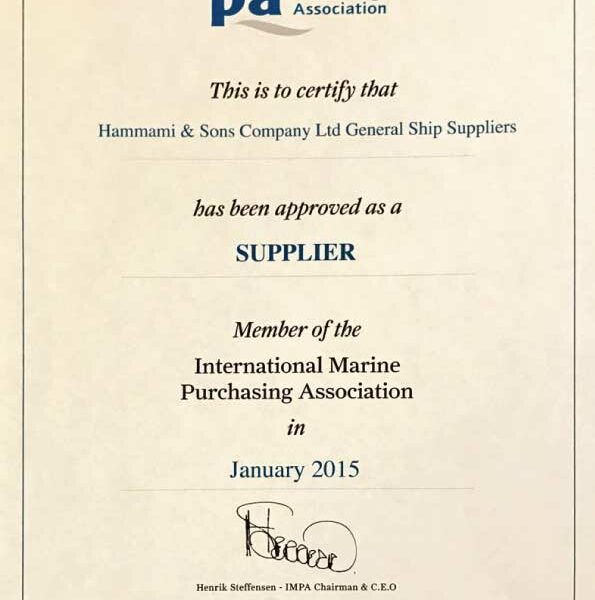 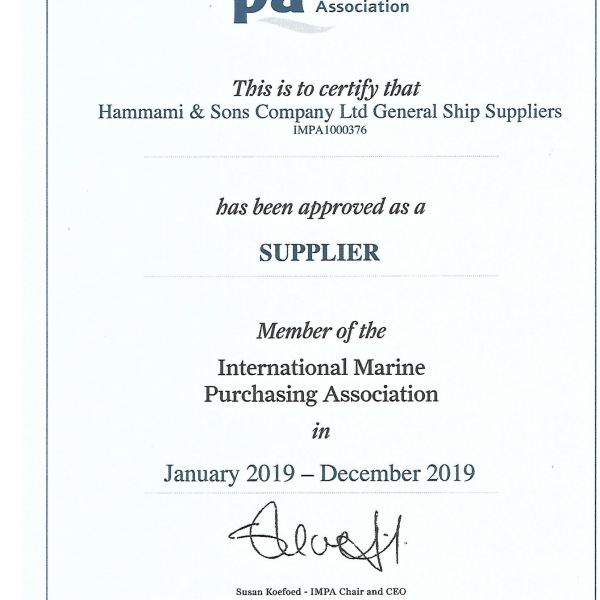 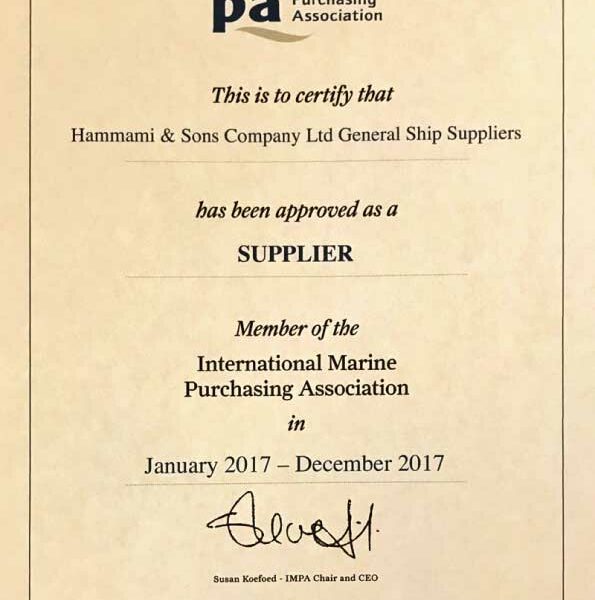 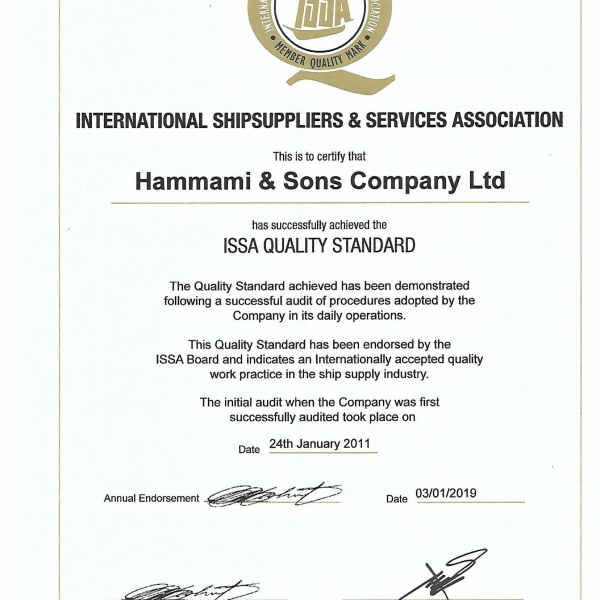 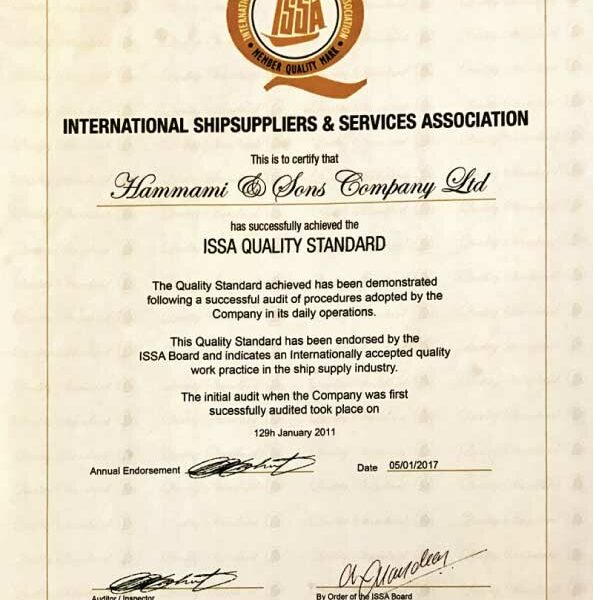 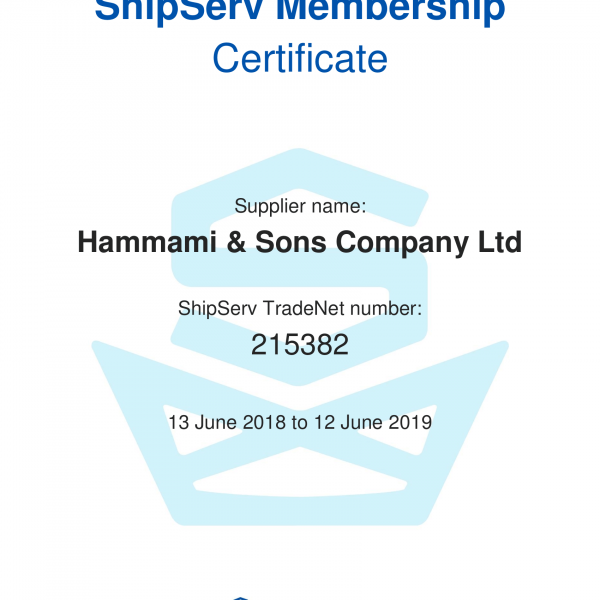 SEND US A MESSAGE

You can contact us any way that is convenient for you. We are available 24/7 via phone or email. You can also use a quick contact form below.

Any cookies that may not be particularly necessary for the website to function and is used specifically to collect user personal data via analytics, ads, other embedded contents are termed as non-necessary cookies. It is mandatory to procure user consent prior to running these cookies on your website.